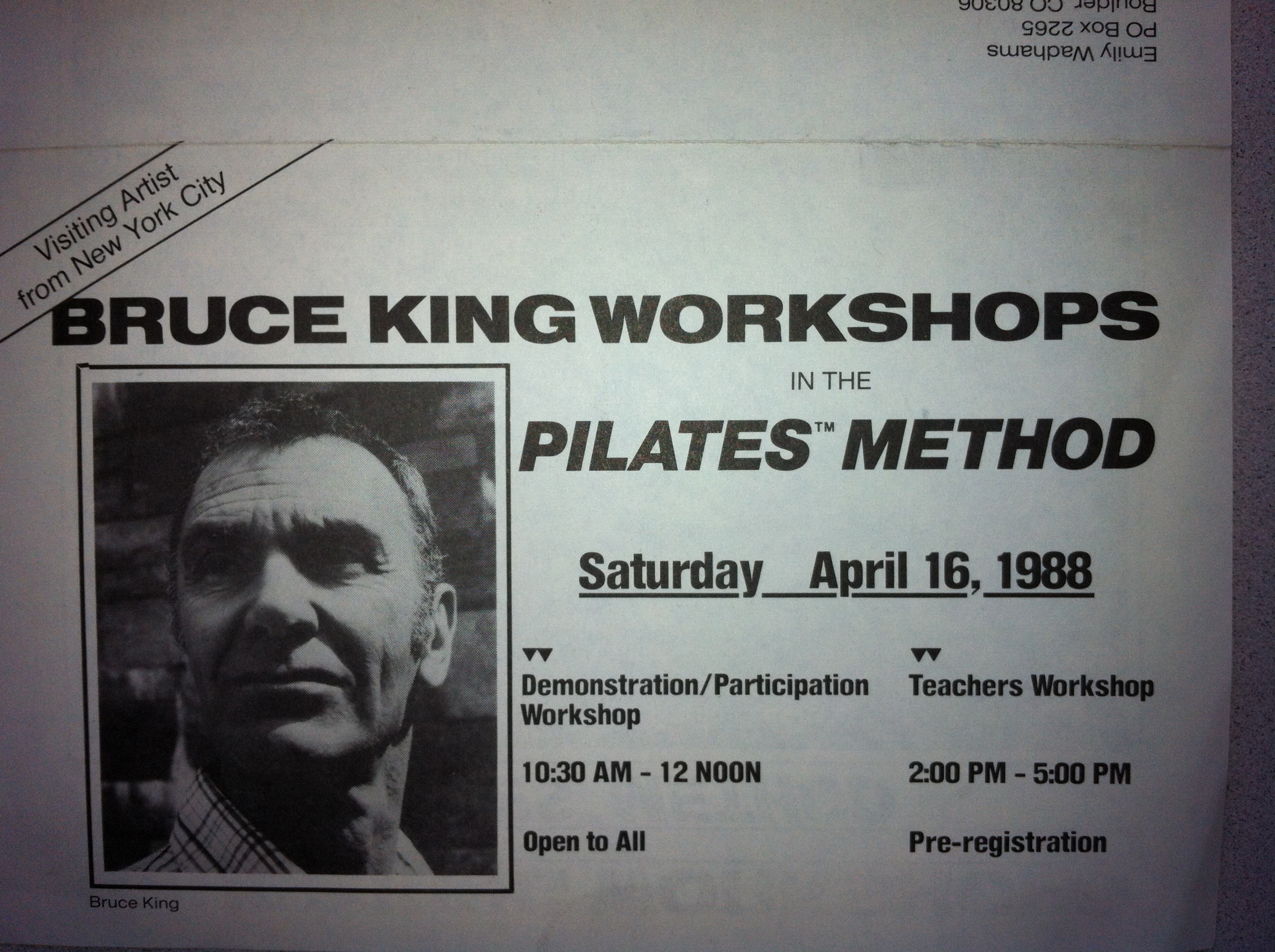 Pilates is such an effective exercise system that many people get immediate results.  They may have significant pain relief, enhancement of athletic performance, or the joy of movement study with attention to technique.  It is not unusual that the student decides that this is the career choice that they have been seeking.  This decision speaks to how effective the Pilates method works and with a great teacher in front of the class or conducting the private, the stronger the urge may be for the client to enter a teacher training program.  One reason may be that an experienced teacher can fill the hour with informed exercise that flows seamlessly.  Underneath the process of the delivery is the mastery of years of study.

There are three steps to Pilates mastery.  These steps must be taken and cannot be dismissed despite intelligence, movement facility, and gut determination.  The steps are:  The Student, The Instructor, and The Master.  At one time during the late 80’s, Boulder may have had more studios and Pilates instruction than any place in the USA.  One reason for this is that Pilates was introduced to Boulder by an Olympic cross country skier.  He invited Stephan Frease to come to his gym and begin a Reformer program.  Ron Fletcher made a comment that, “There were more Pilates teachers in Boulder than there were students”.  Of course, Ron’s standards were high in terms of precision and artistry, but he was not far off the mark.  Pilates had only been introduced in Boulder and within two years, people were opening studios.

Bruce King was the first Pilates First Generation Master Teacher to offer a workshop in Boulder.  He was invited by the first Pilates studio in Boulder, called The Centerworks.  I was one of the owners.  Bruce was chagrined at our definition of Pilates; the teaching and the practice.  He told a story.  Bruce went to Joe Pilates for a dance injury.  Joe worked with him and stated that to him that he would need to come into the studio at least three times a week.  At that time, Bruce was a professional dancer and performing in a dance company.  He respectfully told Joe that he could only come two times per week.  Joe’s reply to this information was that Bruce would only be able to do the beginning Pilates.  That is what Bruce did for five years until he was given permission to move forward.  This could be perceived as restrictive, but this was an incredible opportunity for him to study the skills and the basics over time.  Bruce told the Boulder Pilates teachers this story to emphasize the need to be committed to being a student first.  Learn the work in the body.  Pay attention to the experience and the transformation.  A true teacher cannot teach what they have not experienced in the body.

Joe did not run his gym for the purpose of teacher training.  The only two First Generation Master Teachers that were officially certified by Joe were Lolita San Miguel and Kathy Grant.  Joe and Clara gave their blessings to others to teach.  As Pilates gained popularity and recognition, many studios opened and the need for trained instructors was high.  Many studio owners began the process of developing teacher training.  It is of interest to note that these teacher training organizations also went through the steps of mastery within the process of development of a school and have earned respect within the Pilates community.  Unfortunately, some of the students who are accepted have not spent time in the practice of Pilates.  These students are at a disadvantage because they are being pressured into learning choreography, pedagogy, and the execution of Pilates exercises before they are ready.

Many of the teachers who have been in the profession for twenty or more years remember that there is another path.  It is called apprenticeship.  For the mentor, this is an investment in time without much financial gain.  It is a labor of love.  The student is invited to train when the mentor discerns that they are ready.  The apprentice is monitored and observed under the tutelage of an experienced teacher.  The Conscious Competence Learning Matrix is the model for how an apprentice will make progress on the path.  At any given time, the student will be in different stages within an exercise list.  For instance, a student may be conscious of being incompetent in teaching or performing any of the swans.  They may be conscious and competent in the rolling exercises.  The mentor is skillful in directing the apprentice through the process to becoming an instructor.

The term “Master Teacher” is a result of time spent in the field for many years.  A master teacher level is earned.  It cannot be bought.  A master teacher can teach instructors, but each instructor must put in the time and gain the experience through hard work to reach personal mastery.  Owning the level requires that the knowledge gained through the process of the three steps.  One step cannot be skipped.