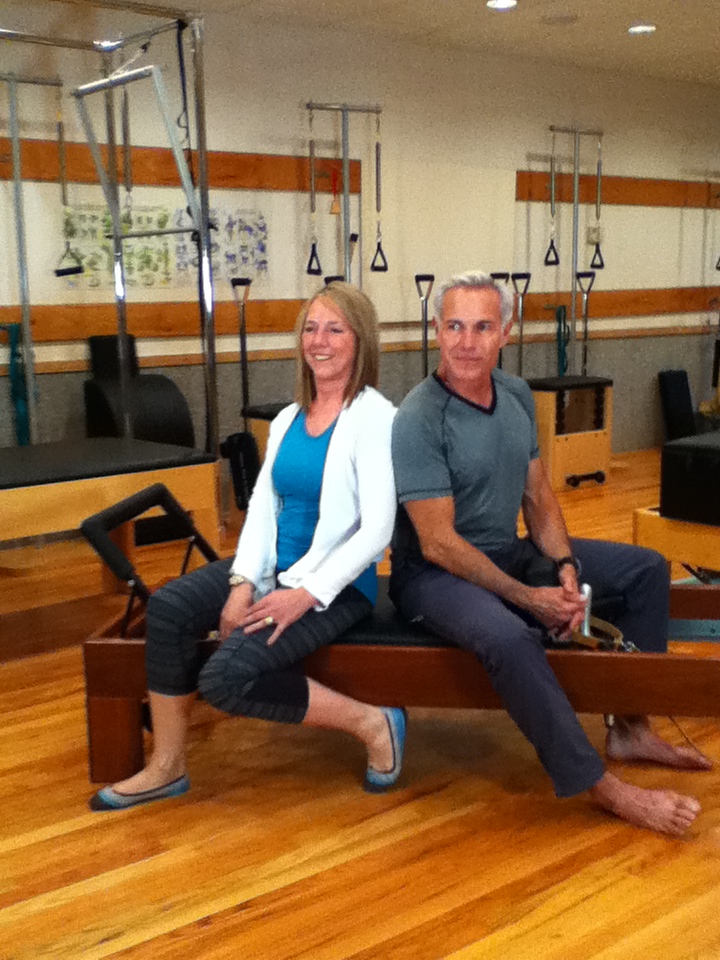 Think outside of the box!  That information expresses the urge to expand creativity, but like anything said too often or out of context, the meaning is diminished.  Ron Fletcher hated the misuse of the English language (from his perspective, as an experienced master, in later years).  Some of his verbal pet peeves were, “out of the box”, “cutting edge”, “digging deeper”, etc.  However, these phrases can be necessary and informative if used selectively and not as punctuation at the end of every sentence.

In the Franklin Method™, much of the teaching is devoted to thoughtful use of imagery applied to functional anatomy that evokes a sensory response for each individual student.  The images may be different but they work if the suggested image creates a change that the student can feel.  This leads to an embodiment that is experienced as improved pleasure in movement and improved health.  As Eric Franklin says, “What we practice is what we get.  Do you want to continue to get what you are experiencing?  Can it be better?”  Therefore, it might be a good idea to reexamine what is said during movement instruction and notice if the message still has impact or does it fall on deaf ears.  Do you still feel it as a teacher or is just a speech pattern, know what I mean, good job, awesome?

Kevin Bowen, PMA CPT and Pat Guyton have been collaborating on examination of the Pilates future repertoire for all people.  Kevin has devoted his attention to Pilates for men and we both are interested in Pilates for vintage members, children and populations with specific needs.

Exercise as a part of daily activity is a recent cultural change in terms of history.  Hunters running for food did not stop at the stream to camp and go to the nearest health club.  Hunting was the exercise they needed to do and repeat it again the next day.  Granted, they did not have much choice, but were motivated to eat.  The farmer and his wife milked the cows, plowed the fields, scrubbed the clothes on a wash board and worked all day to eat and shelter.  Industrialization caused immigration into the city.  Suddenly, the skills to live that were strenuous were replaced by relatively sedentary jobs.  The lifestyle remained the same.  Heavy foods with calories that once were necessary to fuel a machine in motion remained the menu. Hard work, and early to bed and rise with the animals was no longer necessary.  These changes in lifestyle did not bode well for health and fitness.

Joe Pilates was adamant regarding his observations of diet and exercise in New York City in the last century.  Today his observations still remain true.  The health of youth and the aging population require that we reexamine how we present exercise to all populations.  We cannot stay in our boxes and we need to expand more three dimensionally, not just make bigger boxes.

For my parents and grandparents, health clubs did not exist.  There were no running stores.  I had an uncle who ran up and downhill in shorts and leather shoes in Reading, Pennsylvania.  My aunt would see him running along the road when she was seated in the school bus and turn her head in embarrassment.  He was the “family kook”.  My family shared an unconscious, normative, consensus that some arbitrary birthday, usually around 50, presented one with an invitation to accept senior citizen status – you were just plain OLD.  For many this was an invitation to release responsibility for vitality and productivity.  This does not sound like fun to me.  I have some of the genes of the kook in my family.

Pilates was fortunate to have been able to remain despite many other systems that disappeared. Thankfully, it has been preserved by many.  Kevin and I are interested in the preservation of the classical work and in providing the path to full experience of the Pilates future exercise on the mat and on the equipment.  We have been urgently striving to create something new without dismissing the proven work.  The studio becomes the laboratory.  Occasionally, something works and you know it immediately.  Other times an idea is just silly and it goes into the mental landfill.  When Ron Fletcher and I worked together on something new that he wanted to show at the next workshop, he and I would do it over and over.  He might present it.  Mostly, it was good and he would say, “That piece is a keeper”.  On a few occasions he would whisper to me, “Well, let’s not do that again”.  Without experimentation and the willingness to take risks, entropy ensues.  The watch runs down.

The box is a “square” image.  Exploration requires three dimensional possibilities.  The image of “out of the box” boxes me in.

What are Kevin and Pat doing?  Together we are looking at what we know and what we think our clients need to get to the next level of Pilates future movement.  If you see a new exercise, it does not imply that something classic was old or bad, rather it is presenting a stepping stone to get to the next place.  We are expanding our process to reach into infinite possibilities.  Some may be keepers.  Who knows, if we do not try?

PS:  Google the Heisenberg Uncertainty Principle.   Not much of a box at the molecular level.